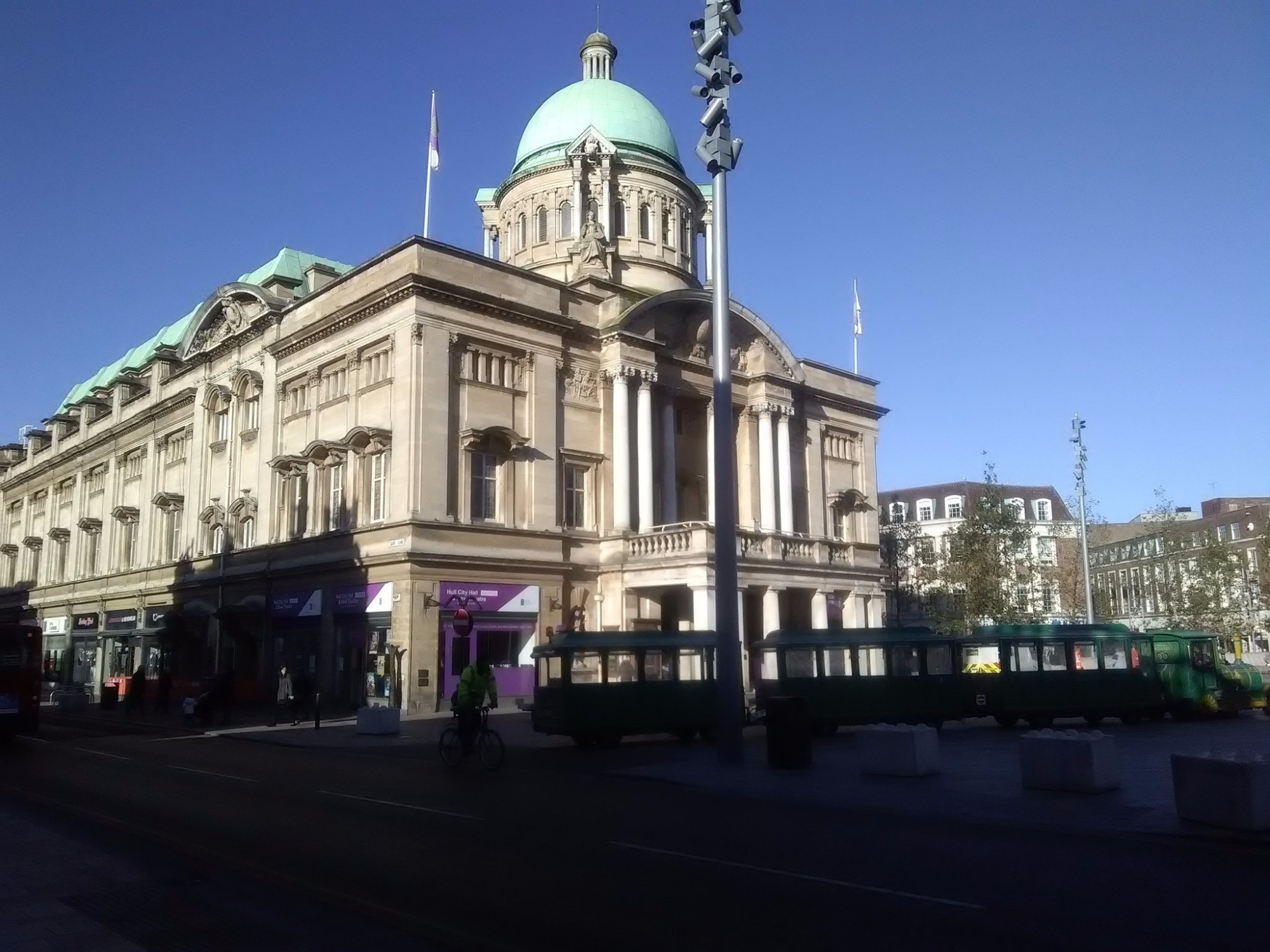 I think it true to say that Hull City Hall rarely holds cutting edge events, although they have some of the top comedians performing there. For the recent Jake Bugg gig, I took a look at their website which helpfully gave some additional suggestions. “If you like this, you may like this…”. I eagerly scrolled down for my choices; umm… Shelia Fergusson from the Three Degrees? WTF? To be honest it seemed to me there were more than three degrees of separation between a 23 year old singer and an artist beloved by Prince Charles and 40 years away from both her last and next hit. However, I was told by a young couple of lads that the audience for UB40 “went mental” when they played there, so perhaps I am missing a trick.

Hull City Hall isn’t in the best part of the city centre but it’s convenient being about 10 minutes walk from the train station, and if you find yourself in need of something acrylic, Primark is only along the way. The venue is also about 5 minutes away from Wetherspoons. Some Wetherspoons bars are adapted from historic buildings, but like the one in Huddersfield which was converted from an “historic” Benson for Beds, this is located in a rather grotty looking 1950’s office block. While I wouldn’t particularly recommend a drink in Hull Wetherspoons, the rooms above are really rather nice and at £59 a night when I booked was actually cheaper than the Travelodge.

Outside, the City Hall is a rather grand building with a capacity for up to 1,800 people. The Punch Hotel is opposite and as we were a little early, we found it a friendly and pleasant real ale bar. We sat outside under the outdoor heaters in the rather nifty back yard. Unfortunately, it was about the end of our real ale experience for the evening because the Hull City Hall sold a number of variations of fizzy lager and one sad pump of smooth flow beer, which I wouldn’t touch with a bargepole. I never know why such places find it impossible to find space for a few bottles of locally brewed real ale; they might not get enough sales for a real ale pump but I refuse to believe that a well chosen craft ale in bottles wouldn’t shift in adequate quantities. Of course, it would also help keep the Hull pound in Hull if they sold a locally made beer.

As it was, after a couple of bottles of euro fizz we gave up on the alcohol experience. This was probably a good job, as in common with many council run bars, the queues soon built up. There was a bottle bar, cash only, which ran a little faster, but they soon lost the bottle opener and the staff were running with bottles to the bar for them to be opened. Later I passed by to find a huge crowd waiting for what appeared to be the last 30 bottles of larger at the bottle bar… I suspected another crisis of epic proportion was about to strike.

The Hull City Hall arrangements are that the old Edwardian loos are downstairs, a lad fell up them as I was going down, so they are not without hazard, although of course perfectly serviceable. It was slightly unusual as there were no doors to the entrance of the loos, and the toilets themselves had something of a cllar mazelike quality.

The main stage meanwhile is upstairs, and there is the separate main bar (with a huge queue) just off it. The main stage area is quite grand although the building felt a little run down and work-a-day rather than opulent Edwardian. The balconies are upstairs again (doh!). The sound for Jake Bugg was loud enough but a little echo bound. It wasn’t the best or worst acoustics I’ve ever sat (or stood in this case) through.

To sum up, I’d certainly visit a gig at Hull City Hall again although there is a distinct disadvantage with the lousy service and choice of drinks at the bar; I guess however it saves both a few quid and my liver and helps ensure I can actually recall the gig the following morning.