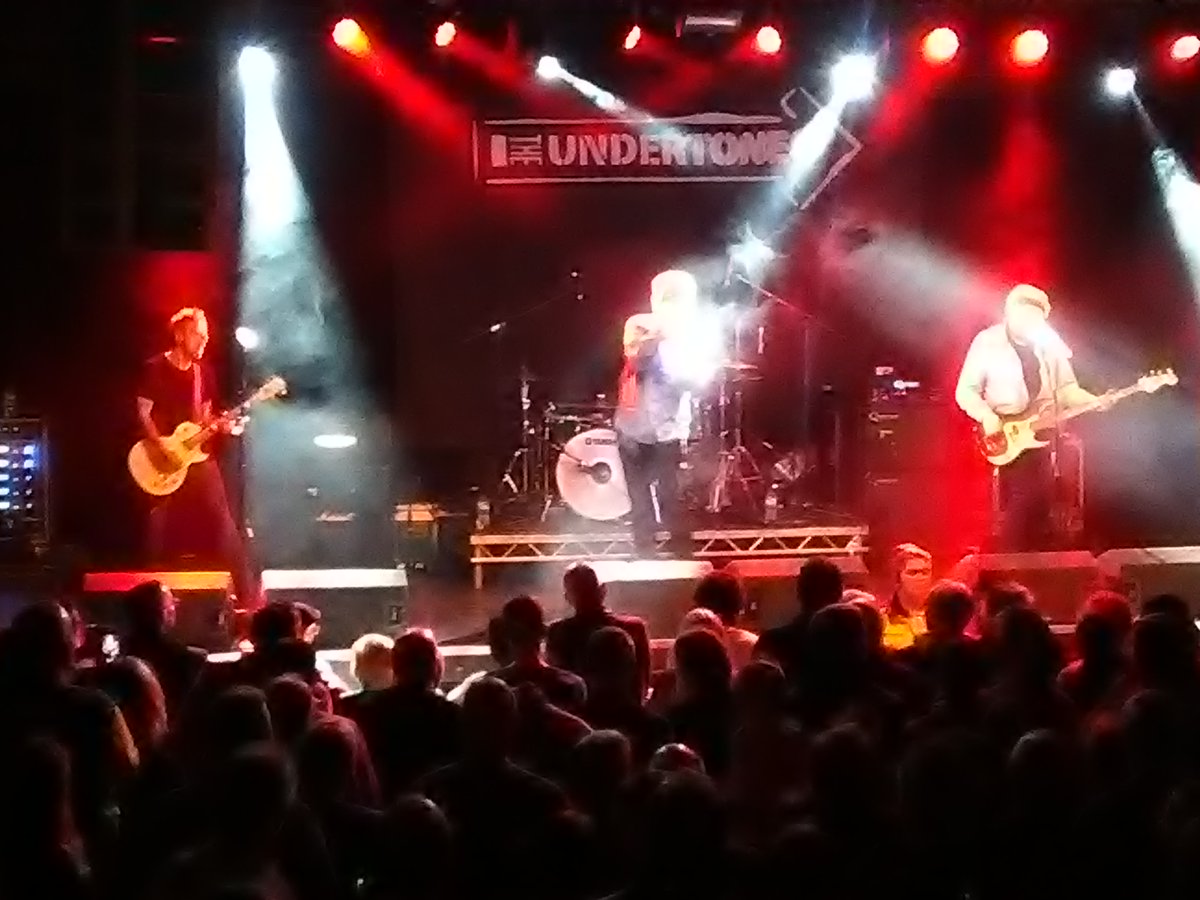 Given that Teenage Kicks had already sensibly been performed early on in the set, it was something of a mystery about what might form the Undertones encore song; however, it came to me three songs from the end: My Perfect Cousin.  Given that Teenage Kicks has to be one of the perfect most fondly remembered songs from the late 1970’s it’s easy to forget that The Undertones were no one trick ponies. Wednesday Week, Jimmy Jimmy, Here Comes the Summer and You’ve Got My Number were all popular songs for the band back in the day.

The pre-gig had not began well; waiting for my friends I was in a pub overhearing a couple of old punks bemoaning about how rubbish everything is nowadays and how much better life was when you could get a good pint of Tetleys. It all rather reminded me why I’m keen not to stay in the past; you have to live for the moment and there’s little point in being nostalgic for some rose tinted memory. Even if it’s true it will never return. Second, this gig was meant to be a treat for a Northern Irish mate with brain cancer for whom the Undertones were childhood heroes; unfortunately his road was not destined to be this long, and third, I couldn’t help but have a niggling doubt that an Undertones without Fergal Sharkey’s voice wouldn’t really be the Undertones.

In the end I was wrong on all three counts; there’s nothing wrong in having an occasional celebration of the past as long as you don’t glory or try to stay in it, as the strains of Teenage Kicks came on, I could tell that our mate was actually very much still with us, and the Undertones with Paul McLoone taking on the vocals were very much the Undertones.

Overall, the band were tight and clearly relaxed in their skin and with each other. There were a few jokes and comments in between songs, and Paul McLoon was charging around the stage like a man half his age. I rather got a Morrissey vibe to his look and style, but in terms of voice he certainly gave Fergal Sharkey a run for his money; and there was certainly a similarity in vocal style.

We watched from the mezzanine at Leeds Stylus; first it was closest to the bar (where drinks appeared to be lesser in choice and more expensive in price than in the student bar upstairs) and we got a good view of the audience. Leeds Stylus was busy for the Undertones, although I reflected that the massed audience must have put on quite a few pounds between us over the past 30 years.

As well as the energy of the band, the audience were no slouches either. I was transported back to my days in the mosh pit as I watched two shirtless athletic lads bouncing around the floor. It was only as the lights came up, did I realise that both of them were bald white haired near 60 year olds. The Undertones didn’t let us down once, with a good smattering of hits, energetic early favourites and 90 minutes of white heat to remind us all of happy days.