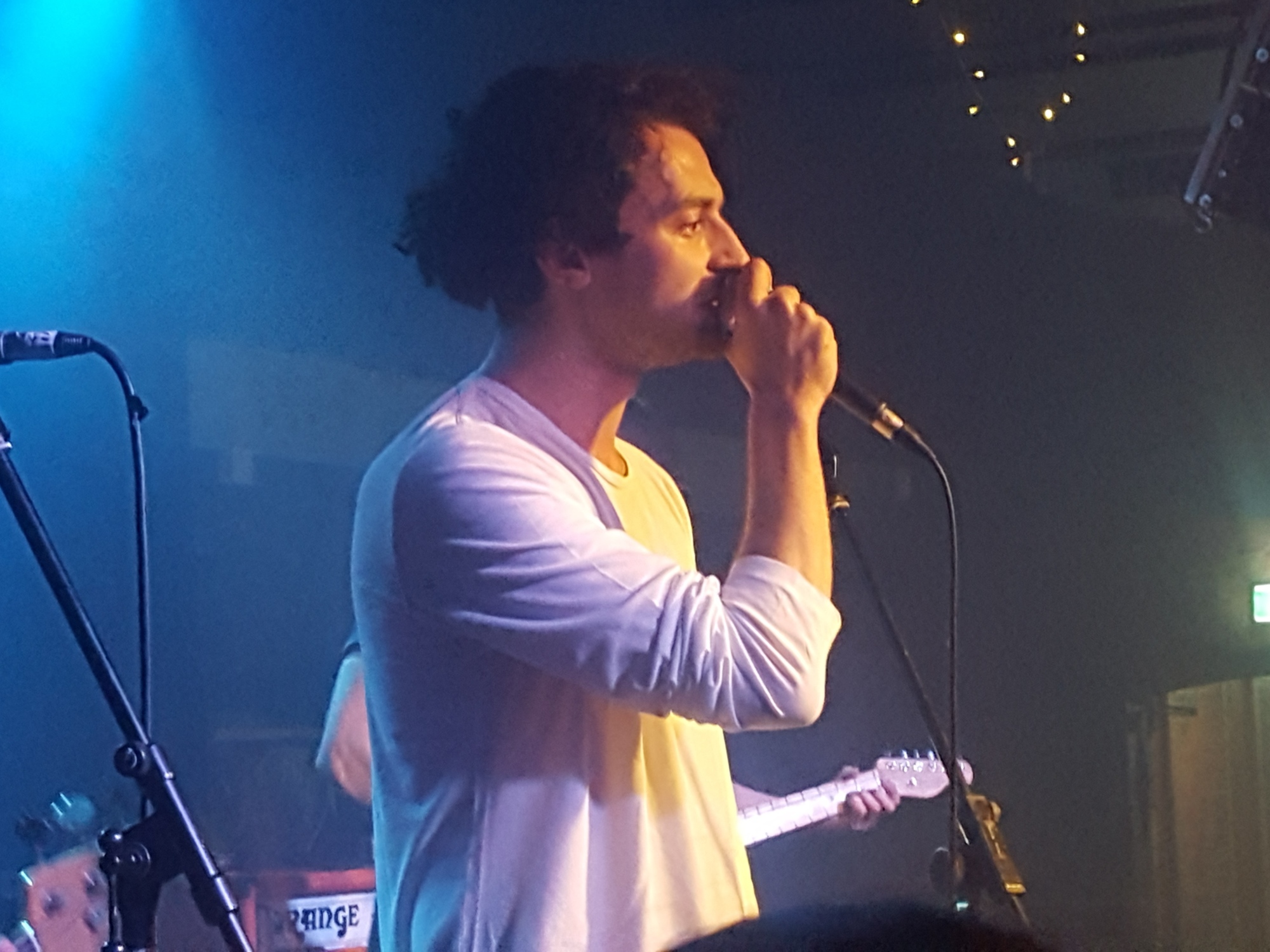 I always love the Sheffield Leadmill, although in winter it is well worth dressing up warm, particularly when it isn’t full early doors. I wanted to get in early to see the supports and so gently ignoring the protests of my beloved (she has gloves and a warm husband…OK, that will be the gloves then), we arrived just in time for the cocky young upstarts The Levis openers for the evening.

I find confidence attractive and this band soon owned the stage. Musically The Levis are a pretty straight up outfit with classic indie tunes along the lines of Catfish and Strokes. I liked Max’s confident vocal delivery which offered a distinction to the band overall. I did just wonder whether a little fettle with his singing style would enable him to be even more potent with his voice, and could give even greater distinction between notes. Ha, in my world everyone would be trained to sing choral.

As is often my want, I was checking out the drums, and here I thought the band’s drums courtesy of Mitch were powerful with a good pace, rounding the other instruments up as should be. This is a Derbyshire band that has been recording for a couple of years and so they have a good selection of tried and tested tunes to play live.

The chirpy fun of playing at The Leadmill came through with comments after songs such as “that went alright then”, and “I know you might not have heard of us but let’s get a mosh pit together”. The Levis are definitely a band who seek to bring a party with them, and are safe hands on stage.

Main support to Spinn were Sad Boys Club a band I didn’t hitherto know much about; they managed to worm their way into my affections.

There’s a very arresting stage presence to Sad Boys Club, and in particular with lead vocalist Jacob stretching out the sleeves of his top while he sings by scrunching up the ends into his palms. I was told as a skinny oranged haired goth teen back in the 80’s by someone studying psychology, it was a way to make the girls and boys think you are cute (and I needed all the tricks I could use). It apparently makes you appear like an innocent growing child and draw out some of the protecting parenting instincts. See; you don’t just get yer standard music review here! The guys from the band laughed like drains when I expounded my findings with them as they kindly signed a copy of their vinyl for me later.

Sad Boys Club took just a little while to affect me; the first 10 minutes left me thinking they were being very competent before I found their unique selling point. In the end that USP hit me with a sledgehammer. This is the band I always wanted The Cure to sound like!

Sad Boys Club are not afraid to show their lighter poppy commercial style and blend it in with their great instinct for cool indie. Jacob’s vocals are clearly influenced by Robert Smith but his voice is slightly crisper, more clipped and harder hitting than Smiths. I even got a little vibe for Eighth Day era Hazel O’Conner. The band meanwhile build up a great flow of sound, which they made look effortless. By the end of their performance I definitely concluded I wanted to see more of this band.

Sad Boys Club deploy songs like Dead Fridays which have an accessible chirpy style to them; this is a band who makes it seem easy and effortless to pop out a banger or two.

That said, there is also a pleasing diversity in the tunes; American Spirit for example has a really strong 1980’s American radio play style with an amazingly catchy hook, while Kukachu has a storyteller’s urgency about it. The easy access style and instinct for a killer tune is the golden thread which is woven through this band.

Sad Boys Club told me they try and gig regularly a couple of times a month if they can; those close to London Hoxton Colours on Saturday December 7th will not be disappointed as the band are launching their new EP Four Shades of the Transitional Phase during the evening (although the EP will be out on Spotify on Friday morning).