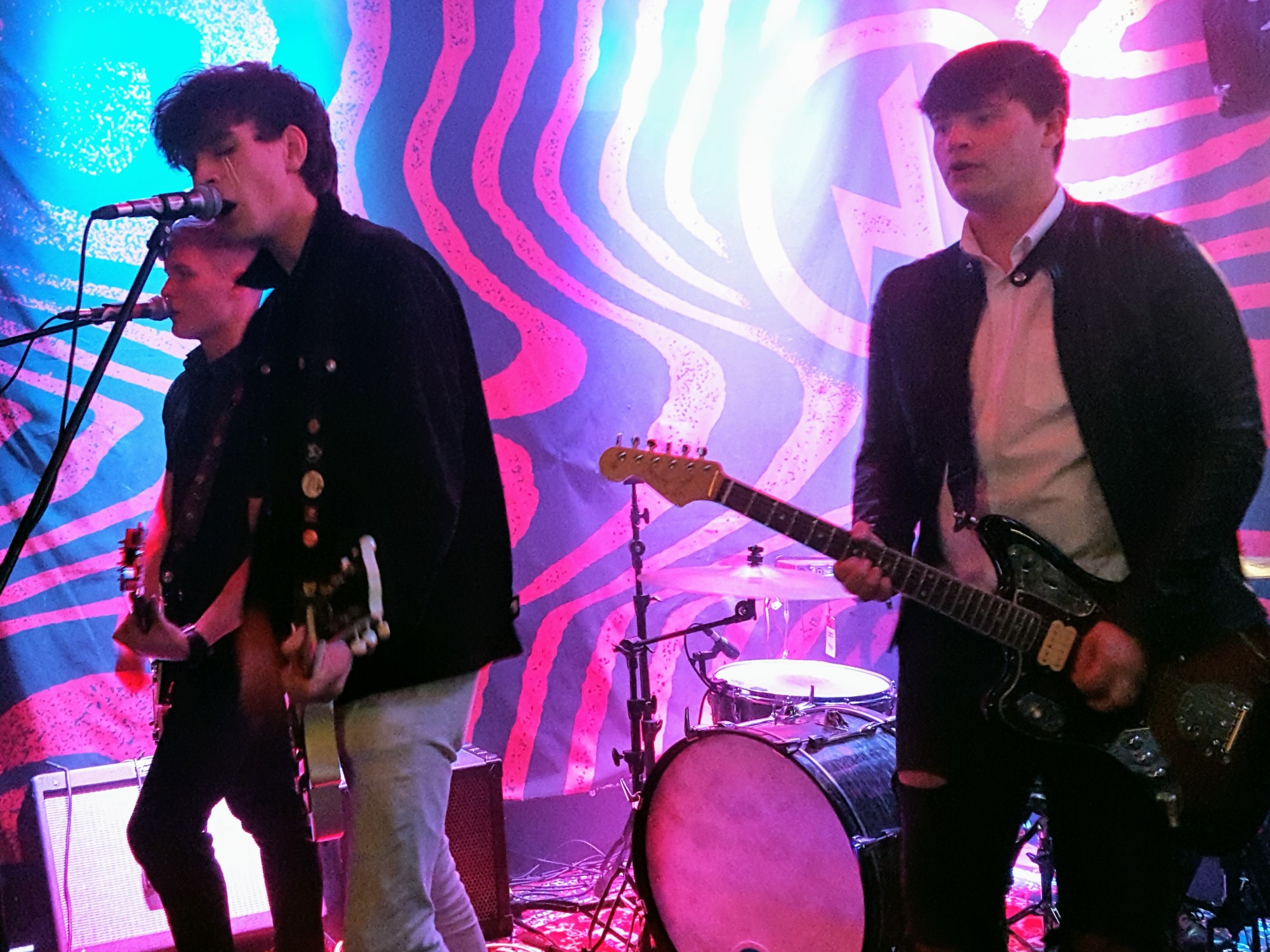 It’s well worth interrupting my trip to Central America to explain just how much I admire the energy and pure late 70’s punk channelling from young Manchester band Narrow Margin. In 2019, I was lucky enough to catch Narrow Margin live twice and both times, with their tight riffs, beats and venomous biting lyrics, they compelled me to sit up and watch. There is something of the sheer exuberant original, young, raw energy of the likes of The Clash and Generation X era Billy Idol about Narrow Margin (and trust me, I was there).

It also says something about new single Kids Don’t Dance that I recall it was a track that stood out live. There’s that pure 70’s punk style and I adore the opening rugged deep edge to lead singer Ian Spiller’s voice. Back in the day, I’d call it a voice acquired the following morning after a night partying and smoking Camel cigarettes (again if you have never smoked Camel, trust me on that one). I also like the sense of unpredictable edge with this band; there’s a touch of the angry young men style of a band like The Libertines here.

Behind the delicious Spiller, there’s a killer tight backing, where countless hours of dedication and hanging together have created a band who seem to instinctively fit. Live it’s rare for these lads to drop a stray note. Ben Etches lead guitar, Danny Hollinworth rhythm guitar, Herbie Hursthouse bass guitar and Jake Etches on drums have something magical going on. If you listen to the tune it has more complexity than might appear on first listen.

Live Spiller likes to explain a bit about what his lyrics are about; this is a man who cares about his world with a passion and who wants to make a difference to it. Kids Don’t Dance is a lament to those people who just float through life, accepting the privileges they might have without thinking about them or having an empathy with those less fortunate. Unfortunately, there will be those who never think about how they got to their place in the world and how much of it was acquired through hard work and how much through entitlement (ahem, the p*ss artist previously known as Prince Harry should take note).

I truly hope big things happen for Narrow Margin; they are a band with charm, skill and abundant talent. This is a tune where you would have to be brain dead not to love and those guys at 42’s records have picked another class band to sign.

I’m thinking that the Narrow Margin signed CD of this single will be a much coveted item in future times. You could do far worse than to snaffle a copy. Thank me in a year or two when these babies fetch £50.

Narrow Margin have a sold out support gig slot to The K’s at the Manchester Ritz on the 25th Jan (I wish I could be in 3 places at the same time that weekend), are playing at Bread Shed on 27 March (sooo tempting), and have just announced they are playing at the Bolton Made In Manchester event on 27 June (totally recommend the vibe of Made in Manchester as a mini festival, and ha, it is my birthday weekend).