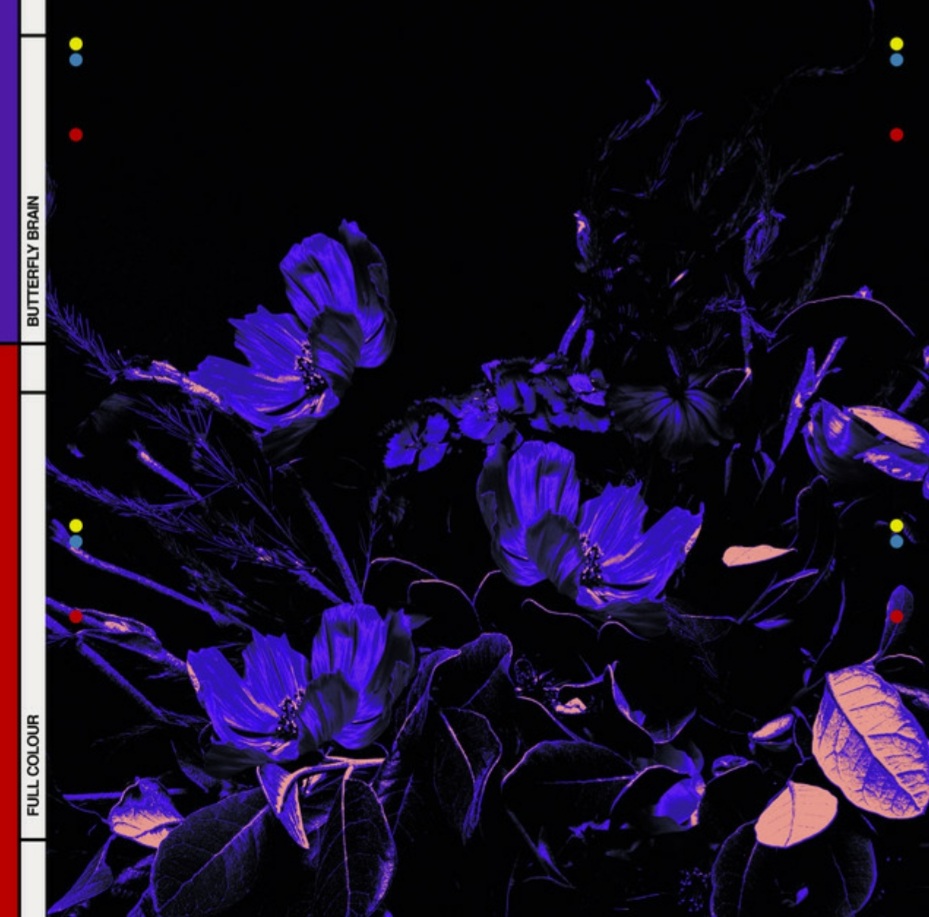 One of the Full Colour live songs that always spreads a huge beam across my chops is Butterfly Brain. One of the band’s originals (from their Guaranga name days and originally part of their now fabled and withdrawn Miles Apart EP release from June 2019), it’s a track that just never grows old or tired.

This fresh recording does a great job to replicate the sheer exuberance and class of a live Full Colour gig. Having loved the original version of Butterfly Brain, I wondered whether I’d favour this new version. It’s kind of like sitting in the pub with 2 pints, waiting for a mate to come out of the hairdressers after a restyle. I really needn’t have worried; producer Rich Turvey clearly also understands the song inside out.

There is something of the grey-blue smoke of poetry at dawn in lead singer Conrad Beriff’s lyrics; his words here perfectly reflect the confusion of our minds when emotion overwhelms it. The song offers another masterclass of Conrad using his talent as a lyrical songsmith to present his emotions.

Conrad’s anguished line: I’m just cold as fu*k and don’t empathise. Because I don’t think of consequences or what is on your mind always makes me think of times where you impulsively go off and do something fun (perhaps with someone else) and later that rosy glow of satisfaction evaporates as it becomes clear how deeply you have hurt one you love. I take no small satisfaction that one of the band’s trademark heartbeat pauses happens at this point, so as to emphasise my favourite lyric of the song.

While of course the author of any song will have their own clear impression of the meaning, the listener also uses their own life experiences to interpret it. I always think a song lyric is Chinese Whispers at their best. I hope it’s a complement to weave your own history into the meaning of a lyric.

Behind the soaring, honest and stripped back lyrics, Will Bolton and Alex Holdsworth are let loose with the duel guitars on the instrumental interludes on this track. I won’t share the less than poetic phrase Conrad used to described the band’s early guitar solos during a recent podcast. Clearly Times Change for Full Colour.

Conrad’s vocals always have a great expression and honesty. I always like the tone in Conrad’s voice and he has a great knack in telling a story you want to listen to, rather than it being an explosion of force.

Befitting of the 5 piece who are surely destined for demigod pop status in the fullness of time, it’s a huge huge tune. Like Full Colour’s last release Times Change which arrived after a lengthy break from releasing music, the tune shows a step up for the guys on terms of sheer musical complexity. Not least, there’s a much fuller sound, and a huge full in your face production. This is a tune which has very clear reflective moments and then like a rollercoaster, next minute, it doesn’t allow you to pause breath when it’s at full pelt.

The last release, Times Change has done well for the guys with 25,000 spotify hits and double that number on the You Tube video in a month. It would be an absolute crime if Butterfly Brain didn’t do much better.

I suspect given the long summer evenings ahead, we will happily all have a Butterfly Brain on our mind for our summer tune.