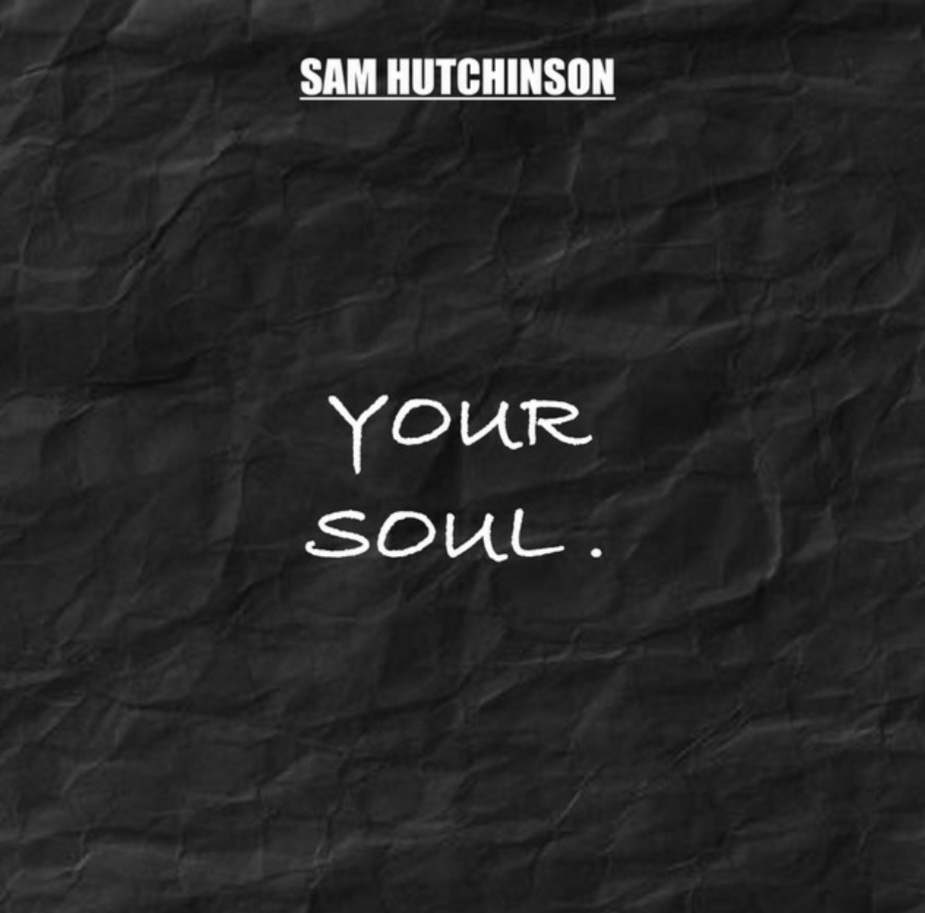 Each year we have our own personal standout tracks. They might be special for various reasons; perhaps they show a huge leap in development for the artist, they just really catch your ear or perhaps the lyrics hit their target with a thud.

Sam Hutchinson and his debut solo release Your Soul has created an indelible tick in all three boxes. To my ear it is job done for one of my favourite tracks of the year, all within the first 6 days of 2021.

Your Soul is a stripped back vibe with a solid relaxed and rolling rock heart. The most striking part of the song comes with Sam Hutchinson’s silky deep soulful vocals. Fans of Stereophonics and Counting Crows would find much to like here. The lyrics meanwhile have a deep mourning and sense of loss to them.  The theme behind the song is a fatal car crash, and how the death of the young driver had an impact on the world around him.

Sam is hitherto known as lead vocalist of Leeds based Son’s Arcade with their heavier rockier style. Sam was keen to reassure social media followers that he was simply putting out a solo project as a separate entity, but with the tantalising prospect of a solo LP also to come, I contacted Sam to find out more about the tune and his newly announced solo project.

So Sam, tell me about how Your Soul came to be?

I wrote ‘Your Soul’ after seeing a news article in a paper of a boy crashing his car late at night, and how the media only ever really focus on the primary incident opposed to the repercussions of the event. It made me think: “that’s somebody’s son” and instantly I was creating this melody in my head about the damage on the family, what the boy was thinking during the crash etc. All these thoughts coming to me in a matter of minutes. The opening riff on the guitar was formed from sirens making their way to the crash site.

Why did you decide to make it a solo record?

The surprising thing for me was when I got home and tried to write the song, I couldn’t sing it. Usually, I’d write the lyrics and have a rough idea in my head of how I’d approach it…but nothing! This was the first time I’d had a major block in my writing and thought, “have I just lost my touch with it”.

I started to wonder is this song worth writing? and does it belong as a Son’s Arcade track? Time passed and after about 100 takes I realised this song doesn’t fit the Son’s Arcade feel. At that point, it wasn’t a song that excited me, but it was more a song that told me how I was feeling at that time. I recorded the song in 2 days and had it ready waiting for me to decide what to do with it.

That night I went for a drive and had the song stuck in my head. Little did I know 2 minutes later my car would be smashed through a fence in a field, with my driver’s door smashed, wingmirror hanging off and front bumper smashed to bits. INSTANTLY the first thing that came to mind was the song (obviously after how much fuking money is this going to cost me!)

The accident really clarified for me that this song couldn’t be a Son’s Arcade track, it’s something deeper than that and a lot more vulnerable and real to me. It made me think, what if I was to release it as a solo track for something for myself to relate to, and maybe help me find out what I was feeling.

Do you think it has worked out?

I released the song on the 6th of January 4 weeks after the crash as a solo track and instantly felt a sense of relief. The experience has made me appreciate that maybe I’m being quite empathetic to others and their situations, but not really looking after myself in the same way.

Although the song helped me see that, I also feel the current situation with lockdown etc really puts into perspective of how important it is to look after others, but how it’s also just as important to look after yourself too and how you feel.

The song really inspired me to keep writing and ultimately, I’ve come out the other end with a solo album, which I’m looking to release in the near future.

The songs are unrelated to the single, but they are more raw and stripped back compared to the heavily layered Son’s Arcade tracks. Ultimately the experience made me reflect on myself and the choices I’m making.

How do you usually write your songs?

Writing songs for me has always been about observation, what the world presents me with and how I perceive it in my own way. A lot of the songs have come from an event or period in my life that has affected me, whether that be in a good or bad way. I’d sit down 9 times out of 10, and the chords/words would write themselves in a matter of minutes.

That’s just the way I’ve wrote songs since I started.

So, is Son’s Arcade still sweet?

The band to me will always be first and writing the layered anthems for the soundtracks to people’s lives, to then send to the lads to get their musical expressions on will always be the incentive to keep me writing. However, I feel some tracks I write would work a lot better stripped back, raw and intimate leaving me writing songs in a different style to share with a different audience. For me to push these songs to the lads to form a Son’s Arcade track from something so personal I think would take away from what we want to achieve with the band.

I know a lot of front men for bands get stick for creating solo projects etc especially so early on in our band’s life, but for me it’s not something to compete with the band, its more something for me to experiment with and show a different style of writing.

2021 poses an exciting year for myself and the band, and the path in which we choose to grow.