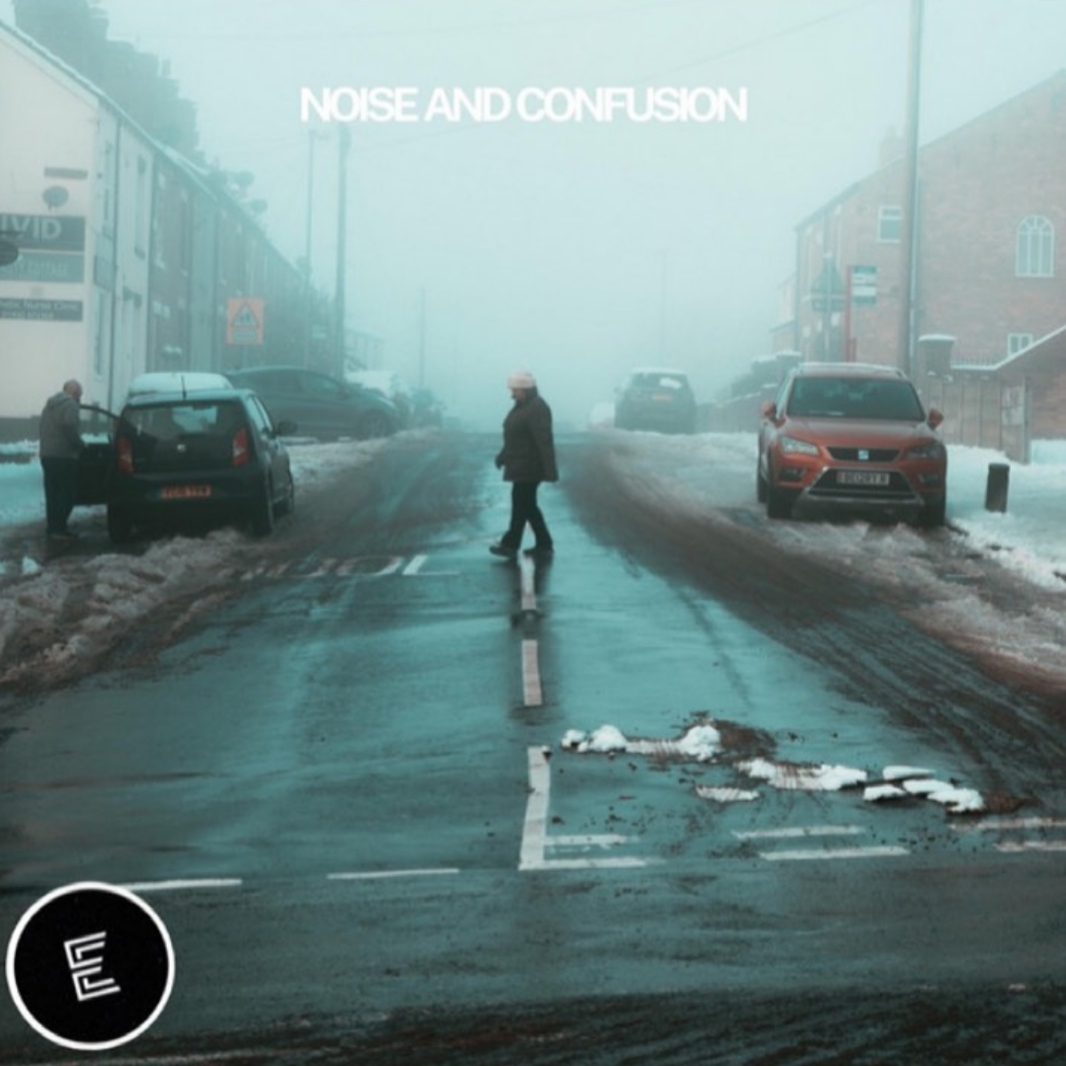 If you need an EP where you don’t quite know what’s hit you, then look no further than those Wakefield fun boys Empire and their perfectly named EP Noise and Confusion. This is an EP of experimentation, confidence and wonderfully loose and chaotic notes, where the sheer euphoric blast of creating is digitally recorded. It’s the musical equivalent of having captured the photo of a spirit.

I’m almost tempted to say that Empire show huge potential with this EP, but actually while it’s true, that word potential does a disservice towards what they have produced here. Yes, I’m sure their later output will perhaps be a bit more slick, a bit more considered, but actually this bundle of raw energy stands up proud in its own right.

I spoke with Noah Clegg to find out more about Empire.

“In the band, I’m the lead singer and guitarist (I’ve probably been the main songwriter but the boys have started to write ones that are insanely good), Dylan Fairburn on drums and backing vocals, Charlie Berry on guitar, Alex Fairhurst on keys and guitar, and Bailey Walker on bass. We knew each other from football so there’s always been that aspect of a team in there!”

Noah told me Empire are heavily influenced by Oasis, Arctic Monkeys, and by the likes of Queen and blink-182. Alex particularly loves Green Day and Noah particularly, Bruce Springsteen.

When I listen to the EP, there are a couple of tracks which channel the Arctic Monkeys (and my only criticism on the EP is that the opening track Truth Behind the Lies channels it a bit too purely). Then there is a feel of Oasis but blended in is a love for huge 80’s US guitar rock. I think the really special bit with Empire is that the sounds are blended in little lumps so you can discover little chunks of pure influence in there. Listening to Empire is a bit like eating a kit kat and being delighted to find that one stick is pretty much 100% chocolate.

My favourite track on the EP has to be Ladies. I just like the full on blast of noise and chaotic crash. To follow is another gem of the EP, the more bluesy Flowers. While the band don’t cite them as an influence there’s that laid back rocky Oasis/ Rolling Stones, and a touch of prime Guns n Roses  This track really reminds me of those times with your mates, and you are all singing along, all the notes are there, although perhaps not always quite in the right place, but it is perfect in its imperfection, perfect for its bold and yowling guitar, and perfect just for being about mates jamming and having a lovely time. God how much I miss it. Noah’s vocals reach for the stars on this track.

Angel Woman is the other standout tune of the EP for me. Again there’s a solid base of bluesy rock mixed with that fresh Arctic style delivery. The EP shows Empire are extremely strong with the lyric. I won’t spoil the fun but the lines about the spoons of sugar are as neat as funk, and so perfectly captures that rush of blood to the head when you see your own angel woman.

I wanted to ask Noah what his favourite Empire lyric was. While he thought the other boys might choose something from the new stuff, he chose:

“I hope one day, we will all make you see

we’re not the ones who you expected us to be”

“It’s from the song “She’s Got A Hold Of Me”. It might not be the best sound engineering, but it still sounds so youthful after a while, and the defiance and the way I was telling this person, “you didn’t expect this – I didn’t expect this, none of us did -but you’re getting it anyway. It really still resonates with me as a songwriter, and even after 6 months people still hail it as the best Empire song, which makes me personally quite proud”.

My final question for Noah was around the amazing number of songs they have got under their belt, considering the band only formed well into lockdown.

Yes we have released a lot of songs haha, I think in the beginning we wanted to rush out and do a full length album, straight out of the gate as a fresh band (we only started 6 months ago). Dylan and I realised the music business doesn’t work like that anymore, people want singles, and at a push EPs, so that’s what we did, but still keeping our promise of releasing quite a lot of material. We’ve made so much progress in such short time and I’m really proud of what we’ve achieved”.

The final track is a rough round the edges ballad. Awful Standards …. It’s here I realise that Empire could step into the footprints of Birmingham’s The Clause. There is a similar level of talent, raw energy, determination and a wide diversity of influences and styles.

Catch Empire for yourself and see what you think.

* Images have been taken from the band’s social media

This is a text widget. The Text Widget allows you to add text or HTML to your sidebar. You can use a text widget to display text, links, images, HTML, or a combination of these. Edit them in the Widget section of the Customizer.
Loading Comments...
Comment
×
%d bloggers like this: