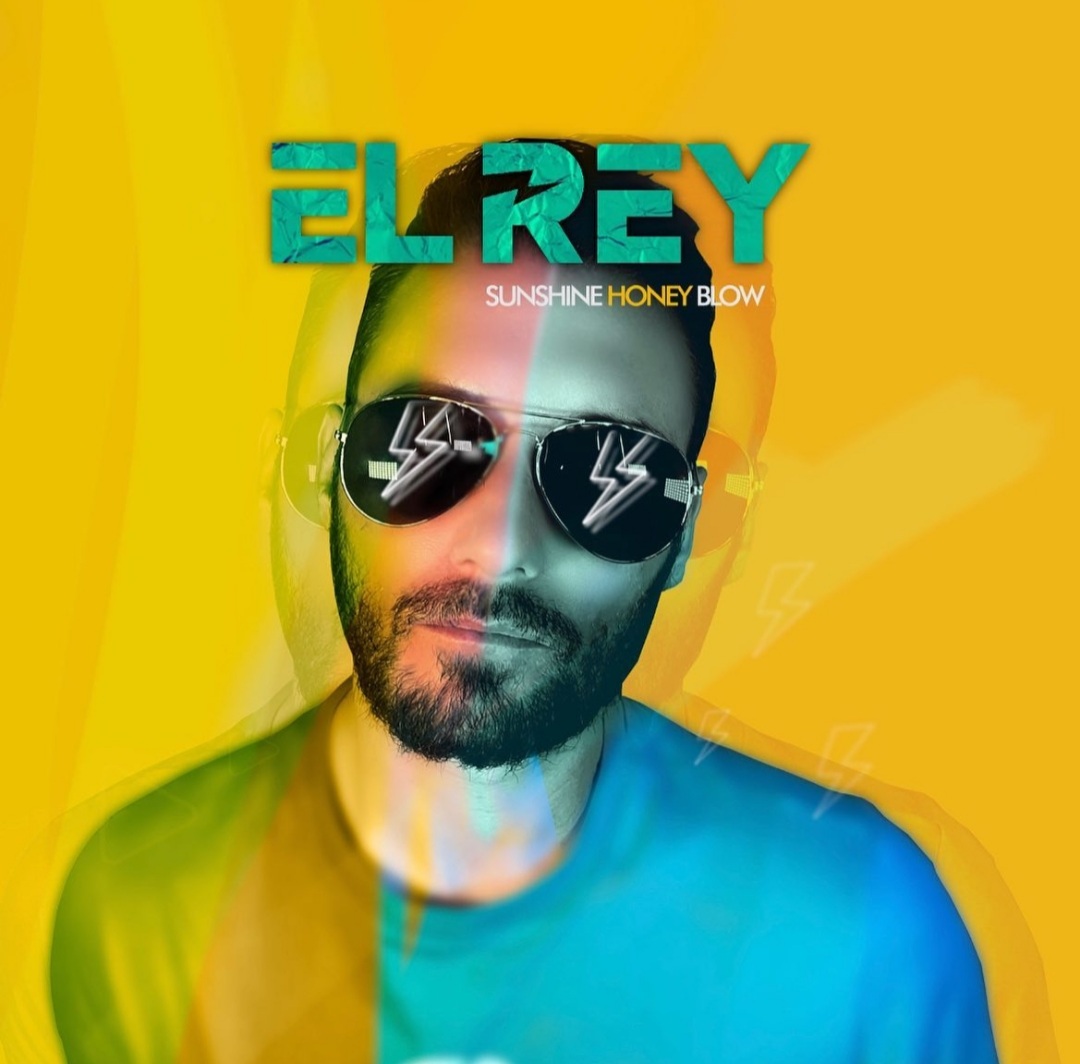 El Rey only very recently really came to my attention, as support to the wonderful Trampolene who were playing Manchester’s Deaf Institute to support their recent album. El Rey was understandably quite nervous, as it was his first solo live set.

He needn’t have been so concerned as he completely nailed it, and there was so much support both on and off stage, which made me feel that El Rey had already touched a lot of lives in such a positive way.

So the El Rey debut solo single, Sunshine Honey Blow just blows it out of the water. Confident, assured and completely banging. I can’t really think of a debut single to equal this year (and I’ve heard some great ones). The king from across the water has returned.

What’s so good about this tune? I think about the mood of a piece of music and how it moves me. I’d really say Sunshine Honey Blow is about swagger. It’s full of that rock and roll confidence, strut and feel good. If music can portray an attitude, it’s here. On this showing we have a snake charmer; I think El Rey could convince me to share my 4 digit pin without too much trouble.

I’m not necessarily talking about the music style, but there’s something of the Arctic Monkeys confidence about Sunshine Honey Blow. Sunshine Honey Beat has a strong beat and a swirling sound. Vocally it’s a mix of fast spoken word, high notes and a  soaring chorus; a pretty damn hot mix as far as I can hear.

El Rey strikes me as a gentleman, and most leave the room before they wear out their welcome. Sunshine Honey Blow is definitely a tune that leaves you checking out Spotify to see if there’s something else to listen to. I want more.

* the first image of El Rey at Deaf Institute is mine, all the others are from El Rey’s Social Media sites.