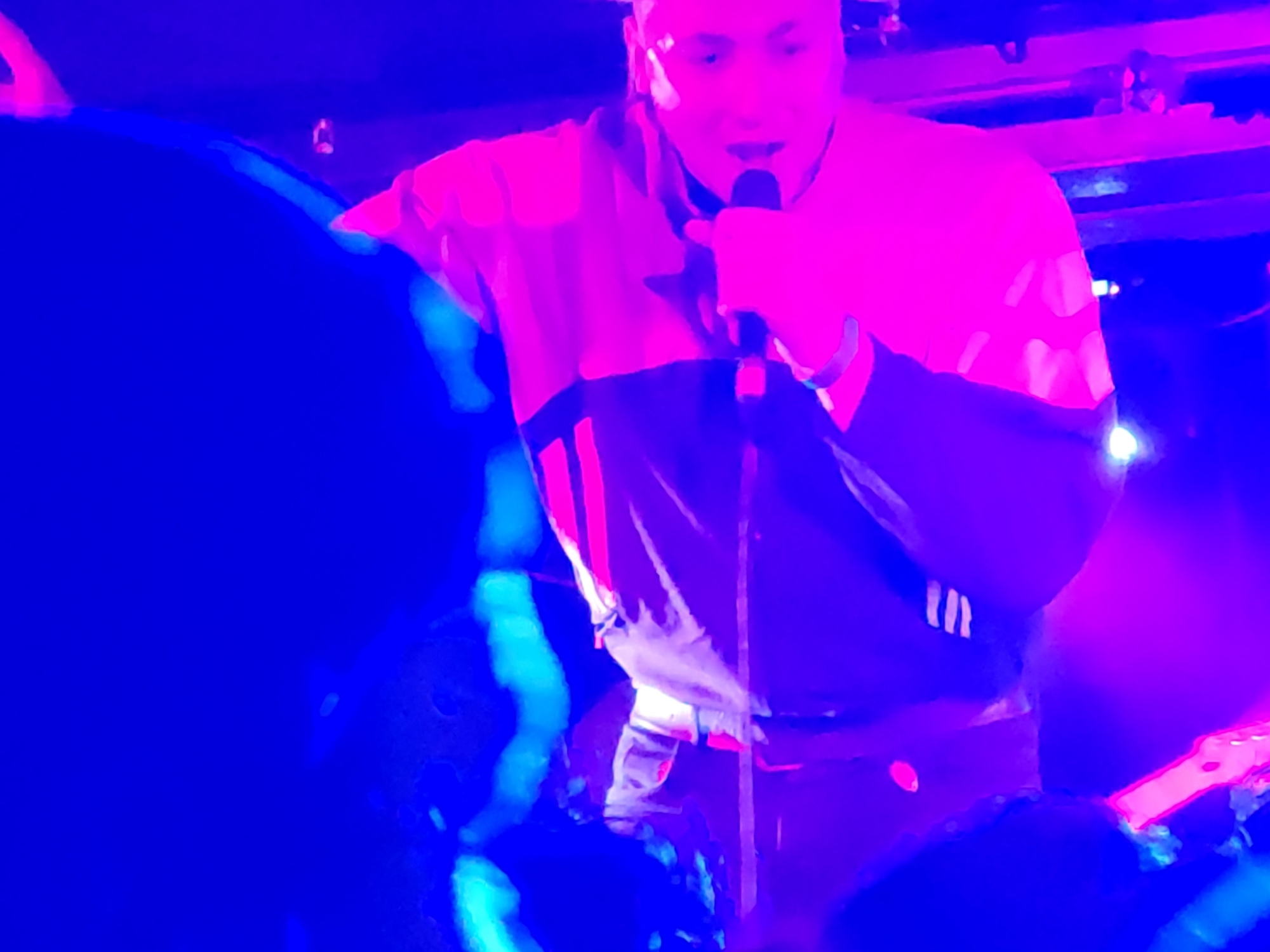 If you ever need a band to act as a pick-me-up then Leeds based Fudge. are your men. I might hate writing about Fudge. but that’s only because that full stop at the end of their name messes with my punctuation mojo. It’s a small price to pay for time in their company as they blast through a set of thrash, rap, oi and everything heavy.

The evening started well as I joined a small queue to enter the Key Club in Leeds. Queuing for the first support band? Epic and it should happen more often as there are so often gems to discover. The main headliners were Kid Kapachi (and my review of that gig is on its way) with a legendary fan base known for their fierce loyalty, but Fudge. were only just behind them in terms of numbers coming to see them and fan appeal. I’ve seen Fudge. a couple of times in the past, and I was totally stoked when I discovered they were on the line up.

Fudge. had described this gig as a comeback and it had been a long 18 months where they have not performed in front of a live home crowd. It was clear the guys were desperate to squeeze every last drop of energy from the gig, and lead vocalist Cam Hope quickly exhorted the crowd to come closer so he could achieve that long awaited stage dive. He soared for a moment before the big lad crashed to the ground. At the end of the song Cam did explain with a smile on his face that he had put on a few lockdown pounds, but he didn’t deserve to be dropped.

Perhaps one of the reasons for Cam’s little weight gain could be explained by the delicious home-made fudge that was on offer on the merch stand. All nicely wrapped and presented, I was tempted to keep it as a little sticky memento, but it made for a handy little snack for the train home.

Those younger may not remember the innocent and pre-Saville era song that accompanied the advert for the bar of Cadbury’s Fudge. The lyrics included the line  “A finger of fudge is just enough to give your kids a treat”. No sniggering at the back, but this Fudge. indeed does the trick.

The Fudge. songs came rushing forth; the mix of rap and heavy gives the sound an urgent, strident air. There’s a lively mix of spat out lines, hard shouted songs and all backed by a tight urgency of hard sounds. Fudge. went through the highlights of their back catalogue, together with a couple of newbies. Walrus came in early, and Cam did his boy scout leader routine getting everyone arranged in the audience, so he could have another go in that mosh.

It was an engaging watch, and the high-octane energy in the performance and the pulsing beats gave us all what we needed. Cam is a tall strong lad with an incredible reach, both physically and in terms of persuasion. Hahaha, he is the kind of guy who could probably convince you that jumping over the canal at 3am in the dark was a good idea. If anyone wonders why someone of my advancing years is tempted out on a dark Thursday evening, then wonder no further. Fudge. are an exciting a band as any you might want to find. These bouncy boys literally blew out any winter melancholy in a matter of a couple of beats.

The rest of the set was a bundle of fun, although a puffing Cam was somewhat surprised to find himself hot and sweaty after just 2 tracks in. Welcome to my world, and I’m only watching. There was a slow succession of lads who had always wanted to crowd dive being lined up and carefully arranged. “You should be able to catch this little fuxxer, he’s always wanted to stage dive” was one charming introduction, and a rueful reference to Cam being dropped sooner. This was a set to make to smile and be glad to have witnessed.