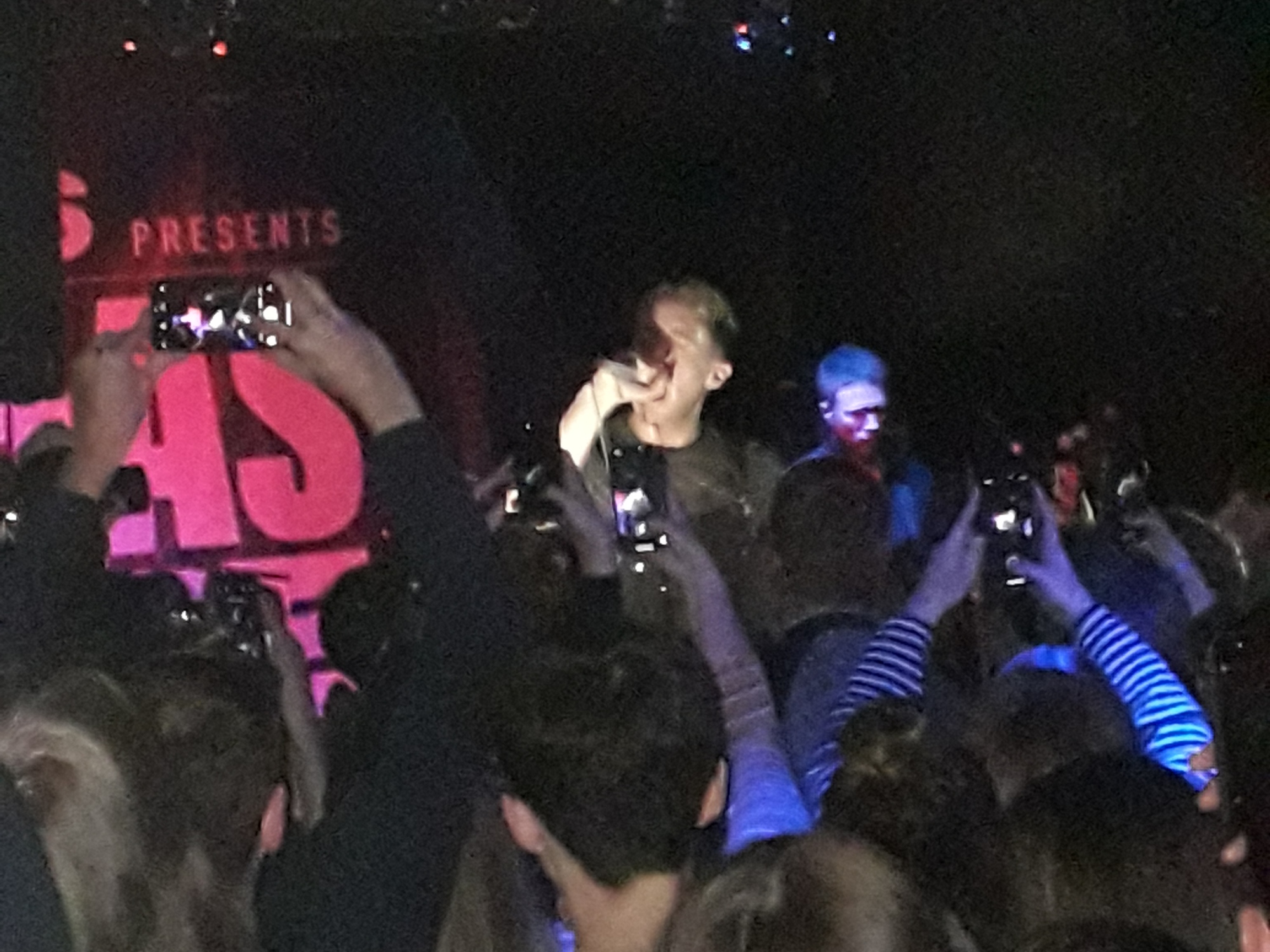 ‘CONGRATULATIONS’ started the email. Great I thought. Another opportunity to invest in the latest cryptocurrency. I was about to press ‘delete’ but read on. ‘You’ve won 2 tickets to Miles Kane, invite only gig in association with Scotts Menswear, at Zanzibar, Liverpool.’ Result. Bonus midweek gig.

Zanzibar is a compact venue in which to see a festival headliner like Miles Kane. The last occasion I had to see him was at The Academy in Manchester, a 2600 capacity venue. Tonight’s capacity would be closer to 200. An opportunity to check him out at close quarters was one not to be missed. I was also delighted at the prospect of seeing tonight’s support band, Blackburn’s own, The Illicits. I had stumbled on to the end of their set at Neighbourhood Festival last month and had seen enough to make a mental note to catch them at the next available chance. I didn’t think it would come quite so quickly.

The Illicits are George Richards (vocals/rhythm guitar), Brad Hayes (lead guitar), Joe Mitchell (bass guitar) and Matt Cottam (drums/backing vocals). They play a brand of loud, edgy, fervent indie rock and roll. After seeing them live once, Alan McGee was so impressed that he signed them up to his Creation23 label. Sound familiar?

The band amble on stage, in front of a packed crowd, dressed in regulation northern indie band attire terrace wear, and launch straight into their first song. I hadn’t had time to make myself acquainted with The Illicits body of work. I was stood next to a guy wearing an Illicits t-shirt, so I asked what the title of the song was. ‘Dunno’ was the reply. ‘Must be a new one’ he added. My new friend turned out to be the father of lead singer George Richards. The son was much more helpful with the second song, ‘This one’s called In What World’, he announced. This was their first single for Creation23. The song starts with rolling drums and then jangly guitars and gritty vocals kick in. The song sounded to me a bit reminiscent of a Northside song. Only with lyrics.

The Illicits played a few new songs tonight and their influences certainly came out. There’s a touch of Arctic Monkeys in there and one song begins in a very similar manner to Start by The Jam. No problem with that, they borrowed it from The Beatles in the first place. The Illicits produced a solid set to an appreciative crowd. They finished their short set with an exciting cover of Underworld’s Born Slippy. Not an obvious choice of cover for an indie guitar band but they made a good job of of it and drummer Matt Cottam certainly earned his money playing this one. If I had any criticism of The Illicits performance, it would be that they appeared a little hesitant at times. It may have been something to do with the tight, packed venue. On this performance The Illicits are certainly one-to-watch.

You To Me Are Everything by The Real Thing is cranked up on the Zanzibar sound system, perhaps a message from Miles Kane to his loyal fans, and he enters the venue springing a couple of surprises on us. Firstly, he comes in through the crowd, boxer style, surrounded by security, the excited crowd chanting ‘Miles, Miles, Miles Fucking Kane’ as the dungaree clad singer leaps on stage. Second surprise is his new haircut. Short back and sides with blonde highlights on top. Nice. Kane starts big with Coup de Grace and Can You See Me Now. It’s going to be an energetic set and the crowd are up for it. It is a party after all. Kane is at the peak of his powers performing songs like LA Five Four (309) and Come Closer with style and assurance.

My personal favourites on the night are the punked-up, glam rock anthems Cry On My Guitar and new single Blame It On The Summertime, although there is something slightly disconcerting about hearing a summertime song for the first time, in October, at an event advertised as a Christmas Party! No-one else seemed too bothered. It went down a storm.

Kane finished his set being held up by the crowd whist singing Don’t Forget Who You Are. Perhaps another message to the fans and himself.

If, as billed, this was a Christmas present from Scotts Menswear and Miles Kane then no-one will be holding on to the receipt and asking for a refund. Everyone attending was delighted with their gift.

Not sure about Miles Kane’s dungarees though.