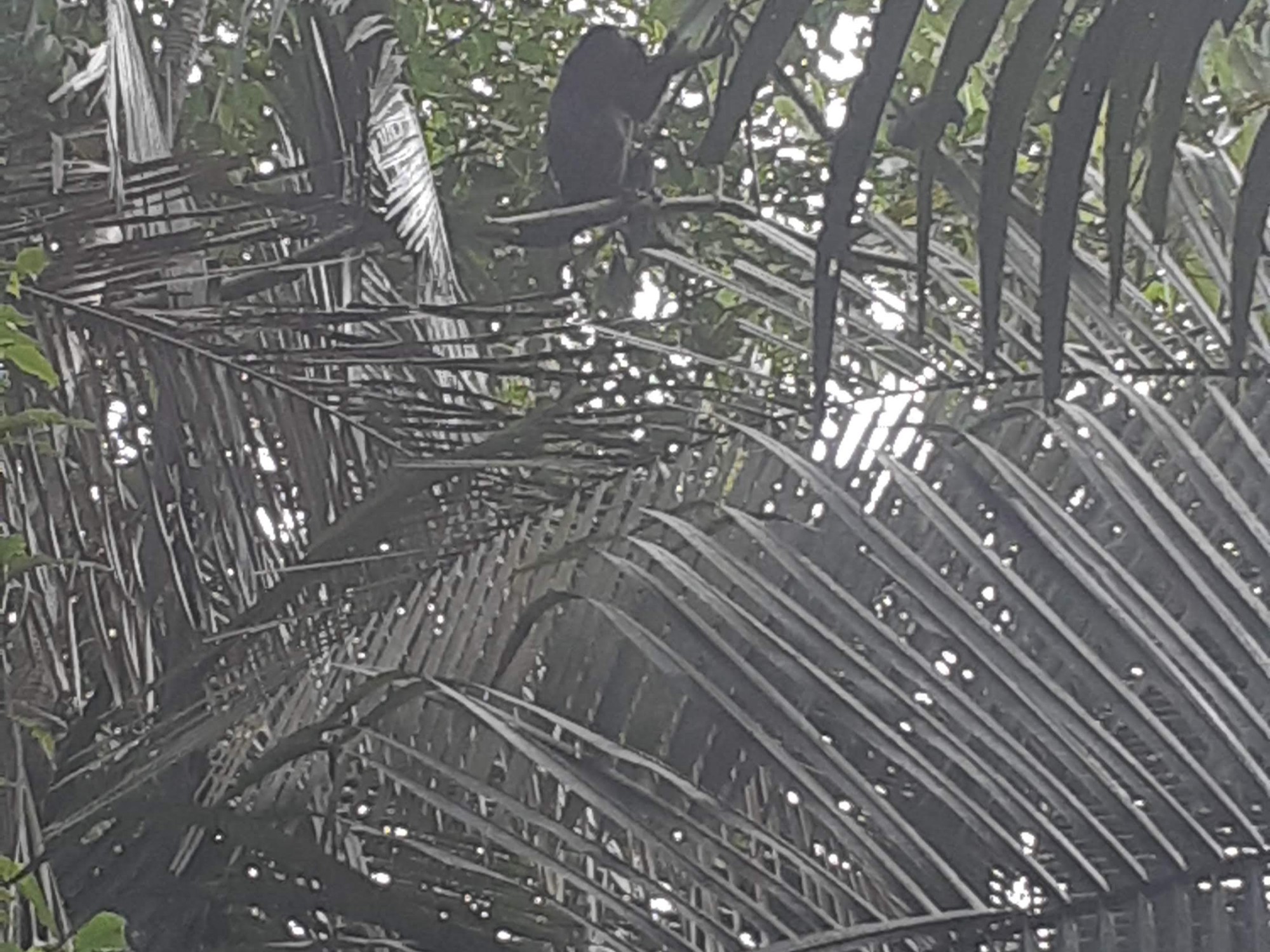 Having never seen a Manatee (or Sea Cow), we jumped at the chance of visiting Monkey River down near Placencia to the south of Belize. It is a standard tourist day tour from the town of Hopkins.

The manatee is a creature too gentle for our world; they float around the warm oceans eating sea kelp and risk getting cut apart by boat propellers. I fully anticipate they will die out in the natural world over the next 50 years.

The journey to the mouth of Monkey River from Hopkins started with about 90 minutes by mini bus to the port at Placencia down through a narrow spit of low lying land which seems to have largely been appropriated by rich ex-pats. Here are the houses that wealth built and that taste forgot. Anyone who moans at UK planning laws would do well to look at some of the abominations built on this spit of land.

The demolition of this site is one of the few benefits of global warming and ocean expansion as far as I can see. Perhaps it will be left alone by that point.

At the end of the spit is the port which takes you to Monkey River village, a community not able to be reached by road. Its about 45 minutes across open water, past the cruise liner port and through mangrove forest to get to the village.

Once upon a time Monkey River village was much larger with it being a hub for colonial British mahogany felling and banana export. These days the more valuable trees have gone and the bananas are processed via a big factory up the road. Fishermen and tour guides remain. On arrival, as we didn’t need a wee stop we went straight on to the jungle. A word to the wise, I would not risk exposing my delicate parts to the open in the jungle for fear of mozzie bites. If there is any doubt you need a wee in the next 2 hours then this is the time to shout and stop.

It was fascinating to think that in the 50’s a couple of thousand folk dismantled their wood and tin roof home and relocated it elsewhere leaving their lands to return to jungle.

The speed boat trip was fun in itself; a mix of speeding over the waves and getting a little splashed as we bounced across the water, or it was a quiet wander as you seek out wildlife. We were fortunate to be exclusive; just 2 and a boatman guide. The other party we kept on zigzagging with were 14 to the boat.

Our guide was Alex, a thoughtful young man who had spent his childhood playing in the jungle. Then, he got bit by insects and with cuts on his bare feet from the blades of the trees and the hard plant residue underfoot, but he still went crabbing with his mates and helped with the family finances seeking out juicy iguanas for his family to eat – bamboo chicken.

The boat ride to our hike was another 45 minutes with plenty of pauses for lizard, bat and bird spotting. You really know where to look to spot the critters; a foot above sea level for one type of lizard, a prominent sunny spot on leaves for another and so on.

On landing for our jungle wander, Alex paused and grinned with us at the sight of a large middle aged woman in a swim suit and flip flops getting out of another tour boat into deep dangerous jungle. We had been warned to ditch the shorts because of the biting insects and rough edged razor sharp leaves of the jungle. “Cruise Ship” was the only words uttered; I love it when a common contempt can cross languages and cultures. To be fair to the poor lady perhaps she had not been warned. Regardless, I suspect she will never explore the jungle with her juicy bum exposed again.

It was true, the insects were vicious; at one point I swiped one from my face and found a small trickle of blood where it had opened my skin. I wondered about the “butt fly” a creature who would lay eggs on leaves that would stick to you as you pass by and burrow before feeding and remerging from your skin well fed. They have a habit of burrowing into your arse.

The first thing Alex spotted was a large tarantula spider in a tree stump; he obligingly poked at it with a stick to make me ponder whether it could jump in my direction. It won’t kill you, were the reassuring words, but its bite will sting real bad.

Further on we were shocked by the speed of a snake; this one chases and catches fish in the river and again we were assured the bite was just nasty rather than fatal. The lady in the flip flops would not outrun this baby.

The yomp in the jungle had a focus which was to grab sight of the howler monkeys; while we got a really good view of them they did not sing for us. They had just fed and were having a chillax. We had heard these dinosaur type roars previously in our trip so did not feel hard done to.

The mud was sticky (there’s a clue in the name “rain forest” and the going quite slippy. However, there are stinging and sharp plants so you are best advised not to hang onto branches without careful inspection.

It’s difficult to convey the excitement of being in a proper jungle. In some respects it’s very similar to being in a familiar wood although the plants are more exotic and many have defence mechanisms of spikes and in some cases poisons which irritate. Likewise in a British wood if you disturb anything then you are pretty safe; here it is harsher with bigger harder ants even, let alone the biting spiders and snakes. You can imagine how alien the virgin jungle must have been to the early invaders from the west. For the sheer scary feel of the jungle a trip to Monkey River is well worth the experience.