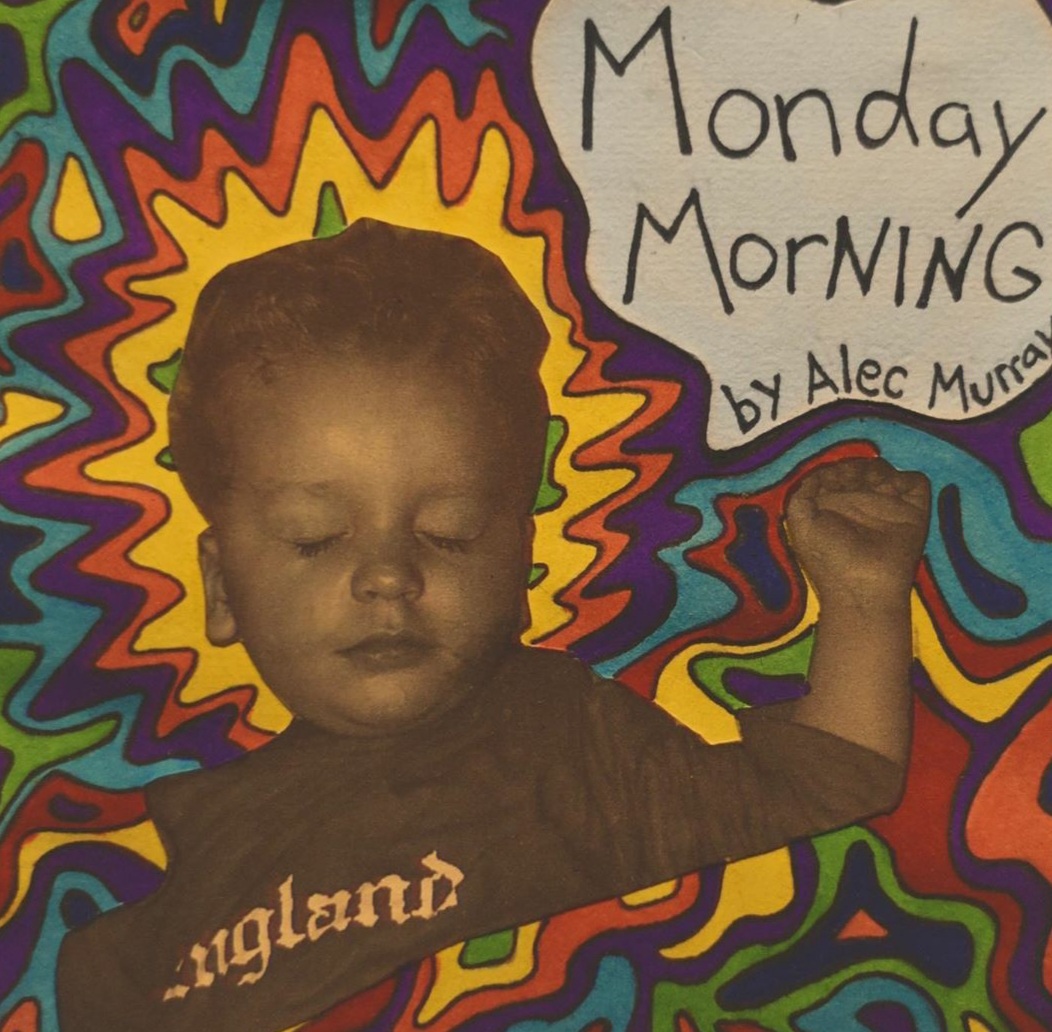 I can hardly believe I almost missed this sweet and classy EP Monday Morning from Alec Murray. It might have been released a couple of months back but I really really adore the laid back, varied and wise tones of this EP.

In places in this EP, there’s a guitar that gently weeps and a vocal that has a little bit of sleep in the corner of its eyes. In others there is a fey observational commentary that comes from nowhere and hits its target with a bloody huge satisfying thud.

There’s a nice slightly chopping vocal delivery on some of the tracks (title track Monday Morning is a good example) which slaps these tunes right into 2020. What shines through this mix of songs is quality.

This is another EP produced during those dreary lockdown days. I have to reflect that on the one hand, things have been heartbreakingly dire for music, but songs like these just proves you just cannot crush creativity. Memo to self: survivors of nuclear holocaust – cockroaches, crocodiles and indie music artists.

The final track on the Alec Murray EP No One Like You hints at this lockdown mood, although the lyrics are a reflection upon the ending of a relationship. There seems to be a sadness for a lost love, but a wise recognition that life goes on and there is something better ahead. There’s a sense of flat regret, but an excitement for the future is in the air.

The track itself has a huge rockscape; not a complex song particularly but absolutely massive in its ambition. It could be Pink Floyd out there.

The slightly fuzzy early Blur – Easy Life- strains of Those Kids is my favourite track on the EP. This is the great grandson of The Kinks sharing biting observational tales of how it is. Those Kids has a relaxed easy style to it and has to my ears offers a real statement about the view of older people upon the attitude of the young.

“Problems dont faze me so maybe I’m one.

Cant think of what to do, nothing to do with you.”

I just had to get in touch with Alec Murray to tell us more about the song:

We do it anyway because I think that it feels almost like a birthright to go through your young years and do all the dumb stuff and all the things. So the song is a shove off to the older generation.

Let us be ironic, we know we’re gonna be the same and hate our kids for doing the same when we are older, but let us have this time so we can mature and grow into other people”.

Alec also explained a mystery in the lyric that I had spotted but hadn’t dared ask him about:

“There’s a line in the song chorus about fighting crime but hating order. For me this shows how ironic and hypocritical we can be as a generation.

I wrote that line with the Green marches in mind; we fought so hard against climate change but then at the marches there was litter everywhere.

As a generation, we fight really hard for what we believe in and fight the crimes of the older generation, but then we dont adhere to the rules, so we fight the crime but we hate the order and then do what we always do; we don’t always think it all through properly.

Its quite an important part of how ironic we are as a generation”.

Opener to the EP Monday Morning is a different beast entirely with a smoky smooth soul heart, but retaining that cutting edge vibe. Again, the lyrics seem to offer a defiant finger to the views of others, and at the same time gives an upbeat view of the world. Hahaha as someone who fairly often opens my eyes on a Monday morning with a touch of dread in my heart, the message at the heart of this tune; ‘it’s OK’, is just what I need.

Find gives me a coolly relaxed vibe, kind of smoky, lazy Clapton almost. It’s a song a bar performer might play at 2.00am when most of the punters have gone home. Alec has a wise head on his shoulders. It’s a sweet sweet tune about the inevitability of finding love and wondering whether to actually take that plunge this time around. We all have those choices to make. Find is a beautiful and intensely personal tune.

Given the sheer scope of this magnificent EP and that it seems to have burst out from perhaps nowhere, I wanted to ask Alec how he got into music.

“My first introduction to singing was through a musical. I’ve always sung with my family since I was a kid, we were obsessed with Jack Johnson and Bruno Mars like all families were when we were like 11. But I didn’t realise I could properly sing till maybe 3rd or 4th year when we did Beauty and the Beast and I was Beast. So it was musical theatre before I started writing my own songs and which introduced me to having a voice, using my voice, how to sing and different styles of singing.

While musical theatre was my introduction, it was movies definitely that got me into music. I watched a lot of classic films and then Baz Luhrmann’s Romeo and Juliet that inspired me to start writing in the first place. There’s a mad soundtrack with Radiohead and some quite underground and edgy artists on it.

That movie had so much passion and creative energy in it. I was really interested in how they created the emotions of it and I got into making my own films and my own music, taught myself guitar. It was a massive moment for me that film. It is what art should be about. I think films are the ultimate art form with its combination of visuals and sounds”.

I also asked Alec about his plans for playing live:

“I haven’t properly played live with my own music yet. I have busked, shown people my songs but when I was ready to start singing all the places shut. My first main goal is to sing at some pubs and hopefully build a small following around Farnham, then go from town to town and grow in that small way. So it’s just busking at the moment which is cool”.

Little Bit Of Everything is the only track I’ve not written about. This track is a fun bit of modern pop. Alec Murray is the real deal and I know if I owned a record label, I’d be asking this guy for his signature. There’s a rare mix of accessible and thoughtful on this EP. Actually a little bit of everything.

* Images have been taken from the artists public social media pages