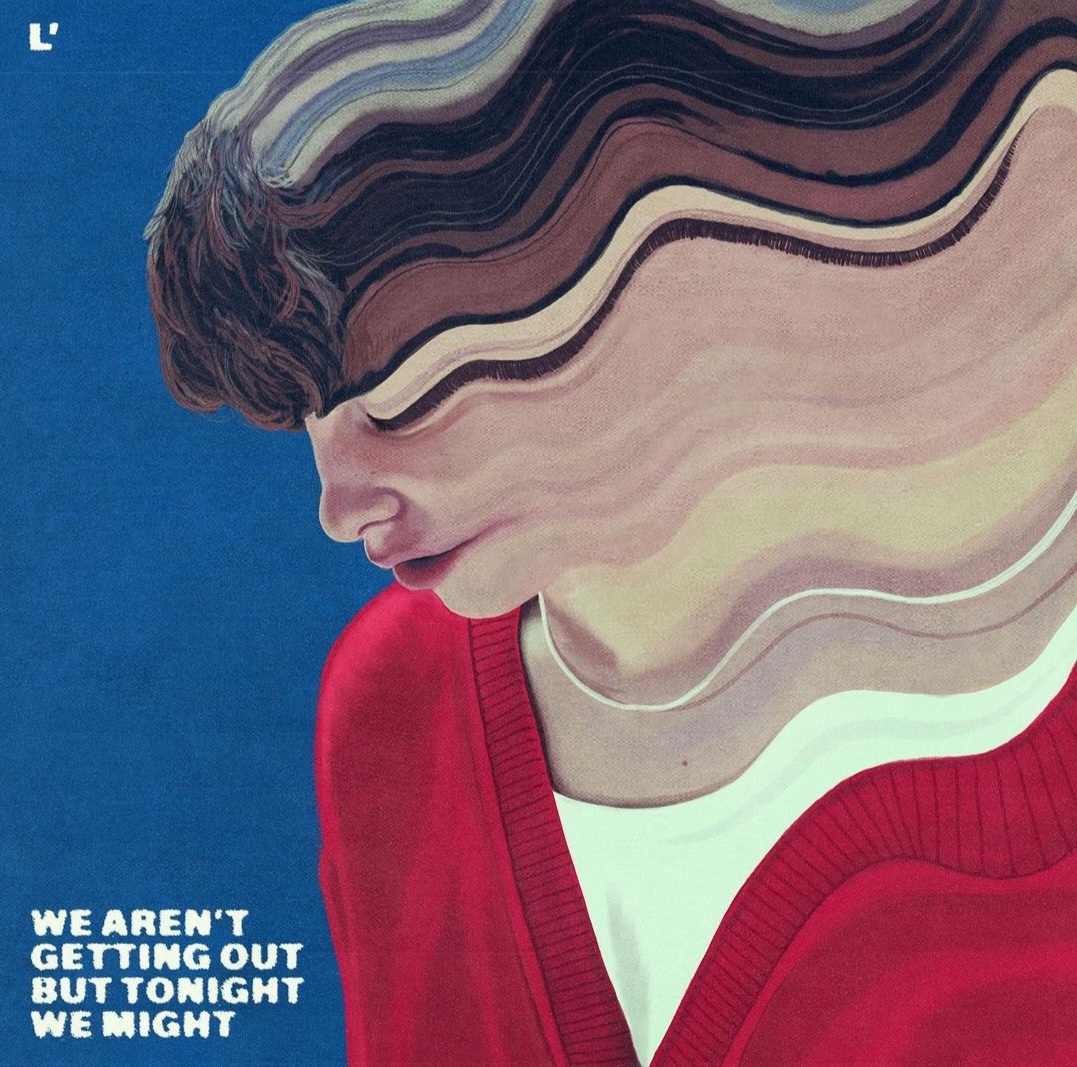 I’ve been around the block (more than) a few times dear reader, but one thing I will never ever tire of is that intoxicating moment hearing new music and realising the artist that has produced it is really onto something massive. It’s something they have worked on, sweated over and created, that with a fair wind will be seen as the start of changing their future. Pause for a moment on what that must feel like.

I only ever write about music I love and admire for one reason or another, but L’objectif have seriously stepped it up to badass level with their new (June 2022) EP We Aren’t Getting Out But Tonight We Might. Diverse, banging, accessible, cool and deep are descriptions that all fit these tunes well.

I remember my pre A Level days as horribly confusing times; as well as having to remember loads of stuff I wasn’t madly interested in, there was the added pressure of getting good results (cough, OK I tried), and that big lurking monster in my head about what adult life was going to be like and what the fuk I was gonna do with it in the wild open world. The thought that in the middle of all that noise and clusterfuk, releasing a banger EP, popping in a gig or two and a whole heap of interviews, promo stuff and new social media content blows my little suburban mind. No wonder those most talented of Leeds teenagers L’objectif aren’t getting out much.

Same Thing opens the EP, and of course this funky tease of a tune has been out for a while. It kind of reminds me of what the 1975 might sound like if they were starting out today. I saw the 1975 a few times in 2012 or so and there was already a sense the band was going to groove to their own beat; even then there was a sound going on in their head which overrode everything else and was going to carry others in its slipstream. In Same Thing, there’s the same thing (see what I did there), the spirit of the early 1980’s Edwyn Collins, a funk sensibility, the quality pop instinct of the 1975, and their own beat and maturity to have it their own way.

Although I get a huge sense of a strong L’objetif identity, the sounds on this EP are well diverse enough to carry through an album. The building blocks of L’objectif are here, a driving almost funky beat, strong guitars and the slow deliberate, deep slightly slurry vocals of vocalist (and song writer on this EP) Saul Kane. Drummer Louis Bullock and Saul have been together since the tender age of 12 in 2017, and perfectly joined with Dan Richardson (guitar) and Ezra Glennon on bass since 2020. The quartet feel like an inseparable unit on this EP. There’s influences of post punk, shoe gaze, funk and dream pop all blended together.

My personal favourite of the crop of tunes on the EP is the dreamy but dominant Feeling Down. There’s something of the wild and intense repetition of Lydon/Wobble era Public Image Limited to my ear, but its couched comfortably in a nest of insistent pulsing piece of funky beats and intelligent swirling guitars. Here we get that L’ojectif mix of accessible, but with a darker tastier bite.

Here on Feeling Down, the overall vibe is dreampop depressive; someone stumbling through life as the months roll by. Delicious to absorb so much emotion.

Handsome and dangerous music at its best, L’Objectif are the musical equivalent of Heathcliffe striding across the moors to Top Withens.

You will be delighted I’m not going to critique every track in a breathless swirl of simile, but this is killer no filler territory. I can’t pass by without also saying how much I love the fun and chaos in the music of the track To Be Honest. There’s a nice complex guitar sound and the dangerous deep lazy growl of Saul’s vocals. If I come back in my next life in the form of a song, I could only wish it to be as complex and entertaining as this one. There seems to be a beautiful sense of trying to make sense of a situation and the world in the song stories. Don’t we often feel a bit lost and clumsy with situations we care about?

I’ve caught these L’objectif guys live a couple of times and let me tell you that the real thing is as solid and entertaining as the music on this EP. It would be crime not to catch them at this point in their career, with so much more to come through. They play a homecoming Leeds Brude gig on 20 October. That’s going to be a special one.

* images bar the EP cover are my own from the band’s set at Liverpool Sound City at the end of 2021.