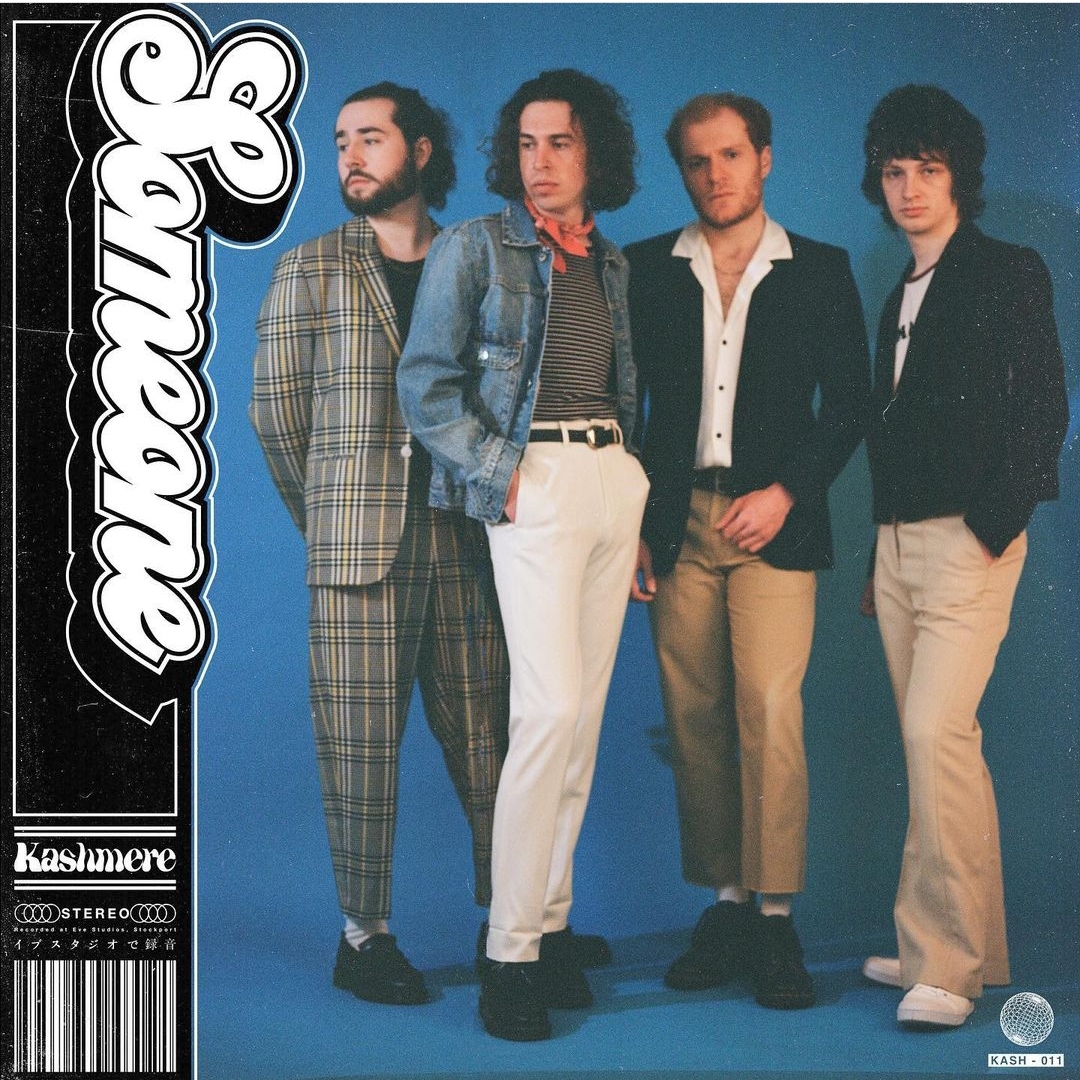 Manchester’s Kashmere always gladden the heart and their new single Someone shows the world they are back with a bang.

During their formative years in 2016/17 Kashmere were more melodic indie rock heavy, but in more recent years times they have taken the poppy synth to their bosoms, while enforcing their reputation as a killer live band.

These days there’s an impressive armoury in the Kashmere setlist, ranging from light handheld killers to heavy machine gun bangers, and I have to say Someone is arguably right at the top of the tree. It truly does float like a butterfly and sting like a bee. Like a modern siren, that soaring euphoric chorus and lovely beaty hook in the tune will lure the unwitting onto the rocks. What a way to go!

Kashmere have toured China, have a fanatic following in Germany, and are a band to take every opportunity open to it and to live life to the full. With the tune Someone, Kashmere have distilled that spirit. It opens with a classic analogue sound of an old 1970’s mrk 1 mini moog. There are echoes of 70’s pioneer Giorgio Moroder with a fresh almost disco feel that takes me back to the innocent carefree days of Donna Summer. Both primitive and futuristic, the Moog smashes it, as does Someone. Overall, the sounds is perhaps towards 1975 or Tame Impala floaty dream indie but with a welcome punch of reality.

I’ve lost count of the times I’ve caught Kashmere live and they never disappoint. Joey Newey (lead), Andy Law (drums), Charlie Cole (guitar) and Freddie Hughes (bass) are experienced hands and know what makes a banging set and a full-on performance. Finally in my reviews, I’m starting to list forthcoming gigs which is a true beacon of hope. Kashmere have dates at Glasgow Attic on 23 October, in London Victora on 29 October and it will be chance for us all to go ape at a triumphant homecoming gig at Manchester Gorilla on 30 October.

* Images are taken from the band’s social media